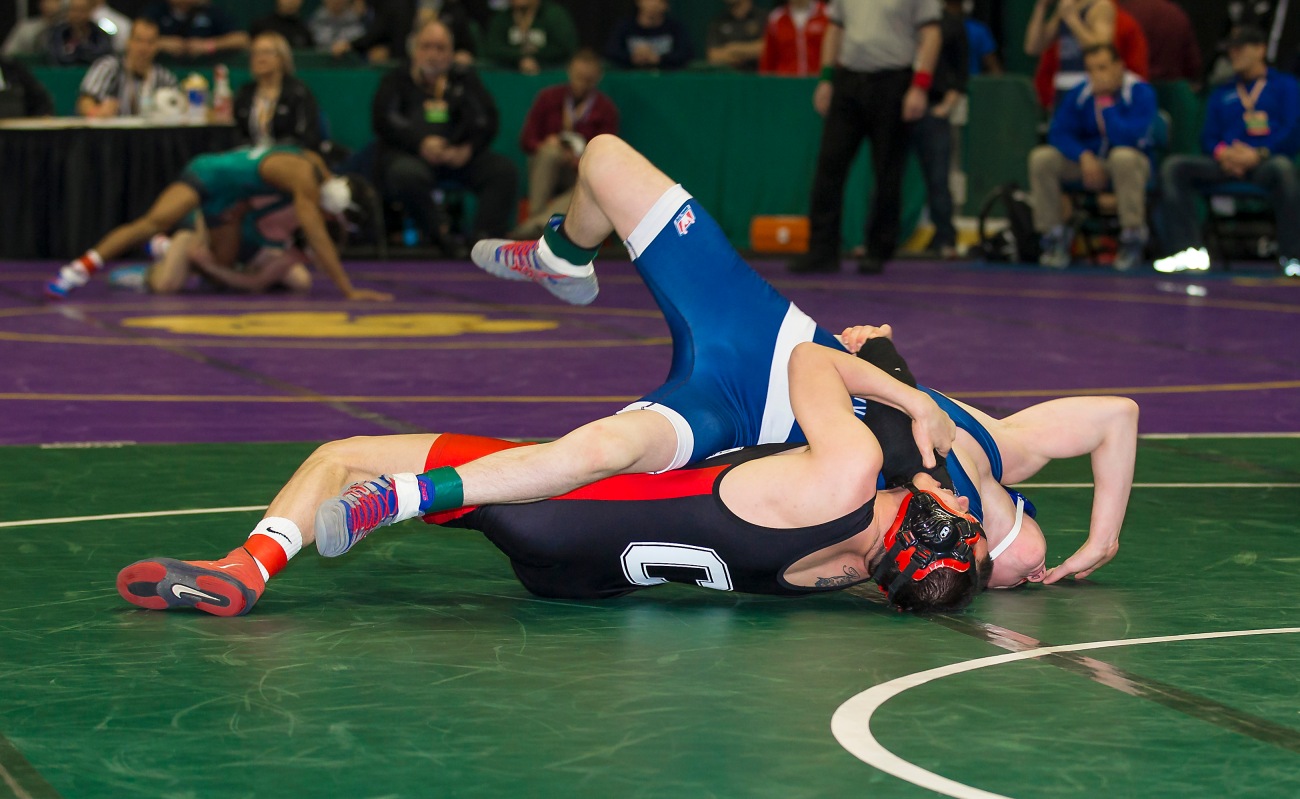 It may have been in the finals when Anthony Sparacio got his hand raised, but it was when he was at a 46% angle in the semi-finals when he won his New York State championship.

In the semi’s, Sparacio was up 2-1 going into the 2nd period.

His opponent, Colom, had choice.

Sparacio chose bottom and within a few seconds from the ref blowing the whistle to start the second period, Sparacio found himself in an unfamiliar, vulnerable position –

Tilted, with his back exposed to the mat at a 46% angle.

One more degree and Sparacio would give up back points, the lead and quite possibly, a trip to the State finals.

With his back dangling at an angle of 46%’s for about thirty seconds, Sparacio refused to let his back enter the forbidden area of exposure.

It was a crucial point in the match.

It was in a critical match of the year.

His dreams of winning a state championship were linked to his will not to be turned.

Not to give in.

To be mentally strong.

That was a challenge Sparacio accepted.

He never gave in.

Sparacios’ will prove to be of championship caliber.

Sparacios’ body shook as if it was being repelled from the scoring area by a force of sheer will.

The ref swiped a one count and wiped it away multiple times.

With each one count Sparacios’ body shook even more – almost approaching convulsing.

With 1 degree separating Colom from scoring on Sparacio and taking a decisive 3-2 lead with choice in the 3rd period, Sparacio mustered up enough will to not only escape the vulnerable position but to reverse Colom and take a commanding 4-1 lead.

Turning giving up 2, into getting 2.

Sparacio would win the match by 2 points.

And a few hours later go on to win a New York State Championship.

NY State Championship on the line was epic.

His ability to turn the tide during an attack and turn giving up points into scoring points was the key to his state title.

Sparacio’s will was needed to save 1 degree.

Saving one degree proved to be his entry into greatness.

What separates very good from great?

Where did Sparacio win that degree?

He won it in the years of hard work that no one saw him put in.

He won it in his belief in himself.

He won it in his heart.

He won it in his will.

He won it in his determination.

He won it in his refusal to be stopped to achieve his dream.

He won it in his work ethic.

He won it in his off the mat lifestyle.

He won it in his support system.

His effort in every second of every day for the past six years accumulated and formed an unbreakable will.

A will which he called upon in the most trying of times to save one degree.

A will which was responsible for his winning a New York State Championship.

Now it is time for Anthony to earn a different type of degree, as he will be attending LIU CW Post in the fall to wrestle for coach Joe Patrovich.

As a New York State Champion. 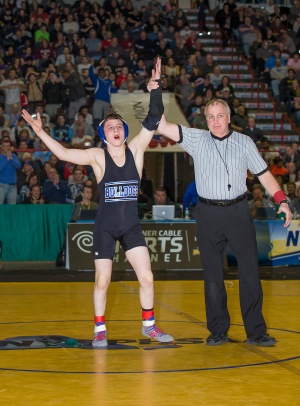